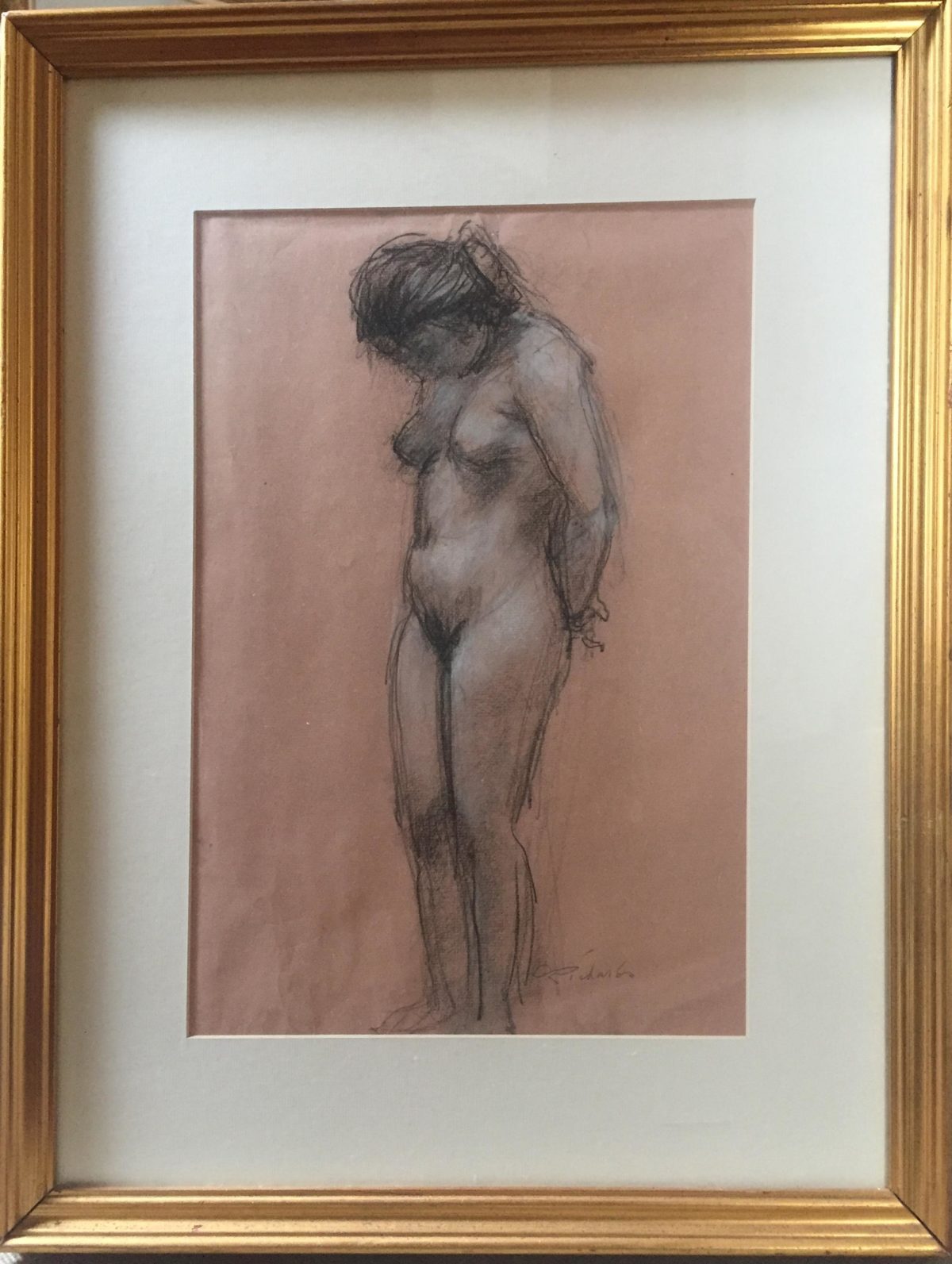 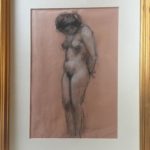 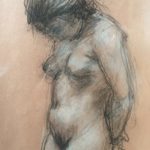 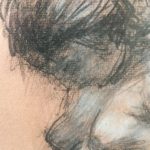 A lovely, contemplative nude by well-known New Orleans artist Charles Richards, already nicely framed and matted (saving you at least $300). The following, submitted to AskArt on March 2003, is from Mike Warner, a friend of the artist.

“Southern artist and newspaperman Charles Whitfield Richards was born in 1906 in Rome, Mississippi. Richards started his career at the age of fifteen as a copy boy for the Memphis Press. In 1927 he arrived in New Orleans and took a reporting job on the New Orleans Item. Over the following decades, he reported for newspapers throughout the South and East in cities such as New Orleans, Houston, Memphis, and New York. As was common practice during the first half of the twentieth century, Richards illustrated his own newspaper stories with imaginative drawings and portraits.

Richards turned to fine art full time in 1945, producing diverse works of landscapes, figures, portraiture and sculpture. New Orleans became his home base, although he continued to travel widely. His works are found in various traditional media including oil, pastel and conte. Numerous collections hold works by Richards including the Historic New Orleans Collection and the Ogden Collection.

Richards died in Gulfport, Mississippi in 1992.”

And here is some more bio information from the Jean Bragg Gallery on artist Charles Richards.