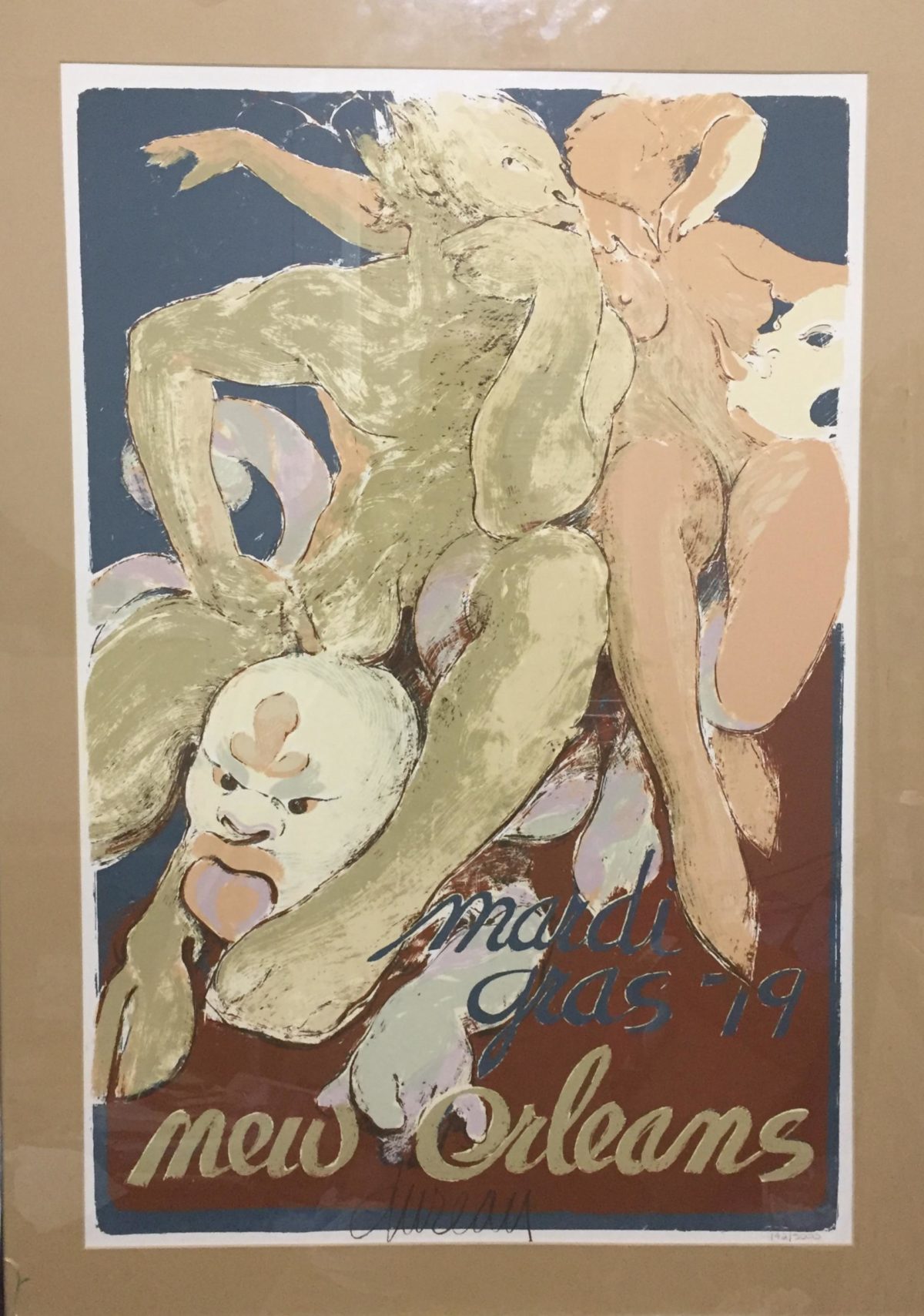 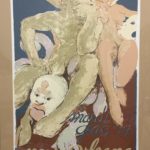 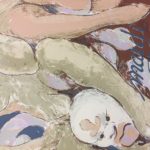 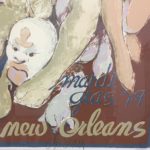 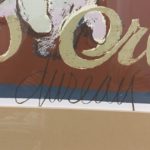 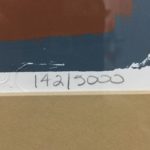 New Orleans artist George Dureau created this poster for the Mardi Gras season of 1979, and it remains a favorite print combining the city’s favorite festivity with George’s distinctive art. Dureau is of course iconic in New Orleans, so to learn more about him just Google and you will find a flood of information. The print is framed, but there is a crack in the glass; rather than replace it and take the chance of another break during shipping, I have reduced the price to cover the cost of new glass, which you can pick up cheaply at any frame shop (hint: don’t let them upsell you to museum glass; it’s rarely necessary).

You can read more about the artist here, on the website of Arthur Roger Gallery, his primary dealer.