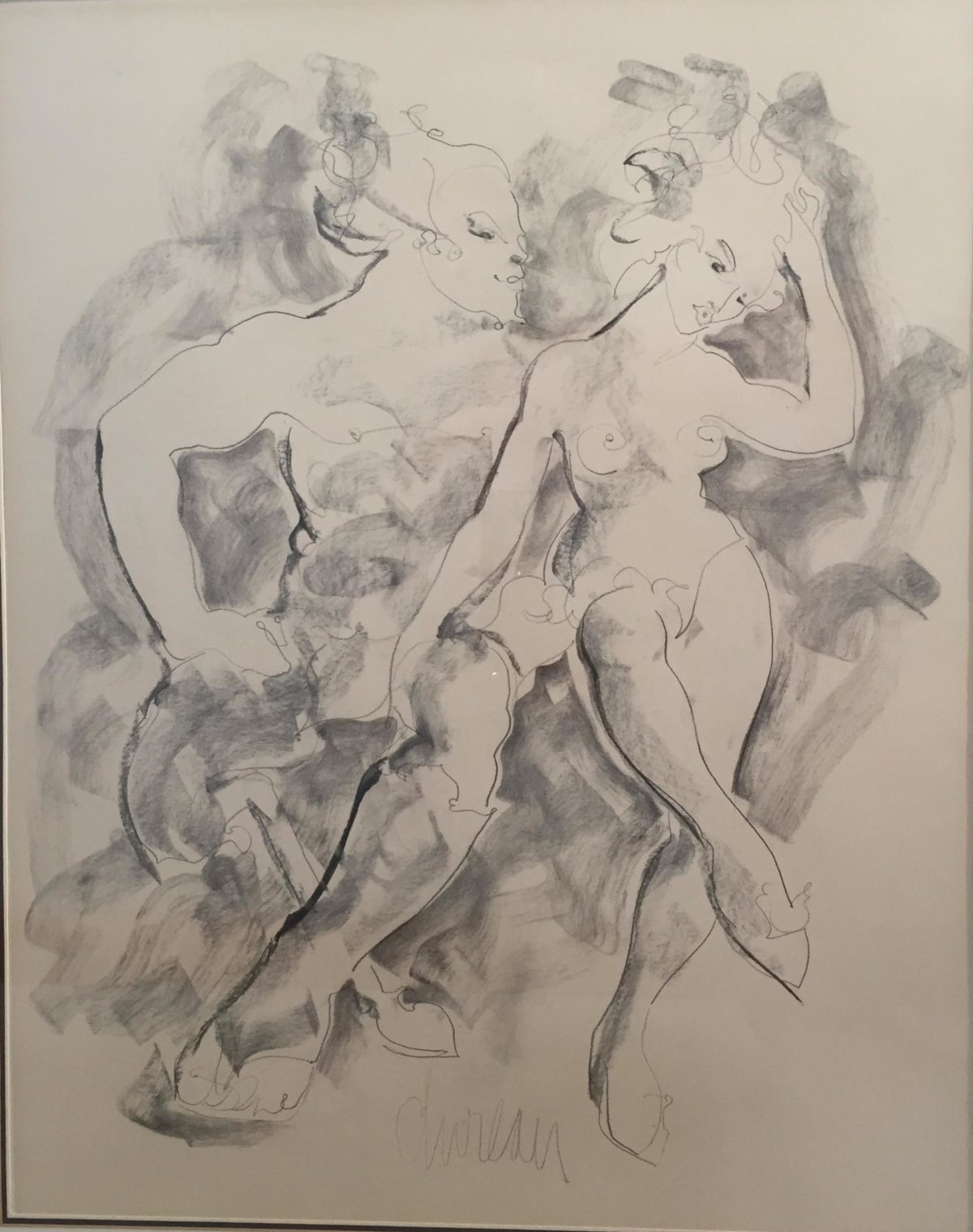 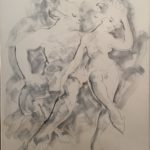 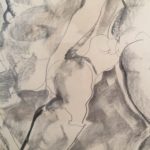 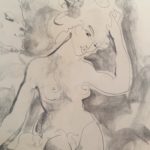 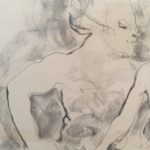 Two typically whimsical creatures by New Orleans art legend George Dureau, who powerfully influenced his friend Robert Mapplethorpe and was a very important New Orleans artist and photographer in his own right. This does have a metal frame and is matted, but there’s a small crack in the glass. You can either have the glass replaced (cheaply) and save money on framing, or just have it framed the way you like.