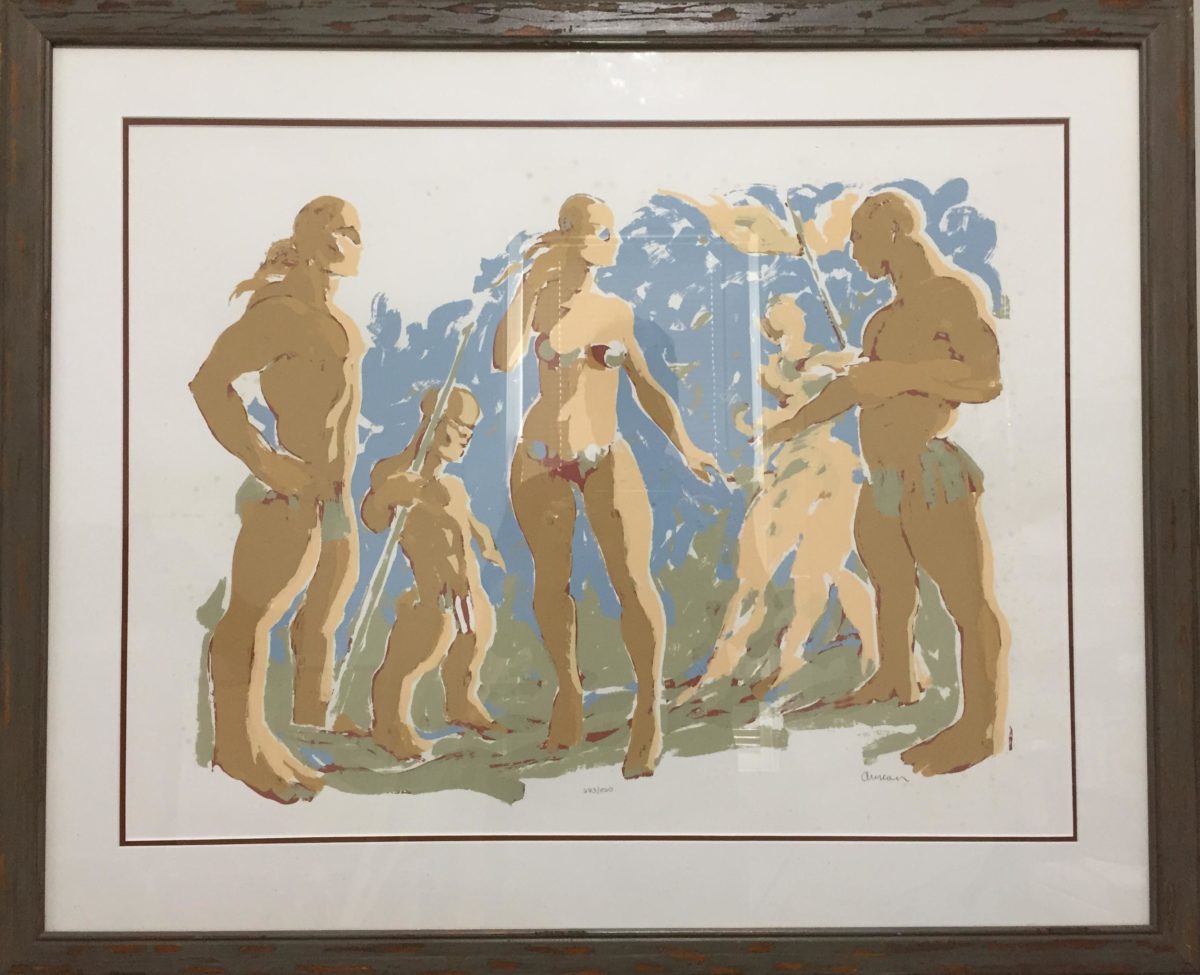 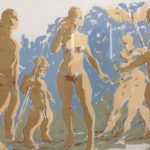 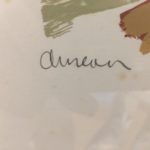 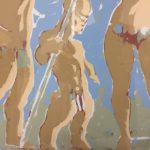 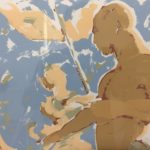 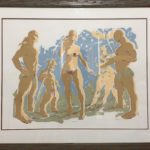 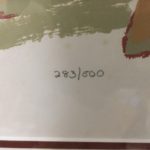 This signed George Dureau lithograph is bargain-priced because it has some light brown spotting (as you can see in white areas of the close-ups) — but I do not find it too distracting since the central figures are what get the attention, and if you don’t either, you can put a signed Dureau on your wall for less than it costs to buy and frame a Jazz Fest poster. Framed and ready to hang. Information about this famous New Orleans artist, who greatly influenced his friend Robert Mapplethorpe, is easy to find on the Internet.