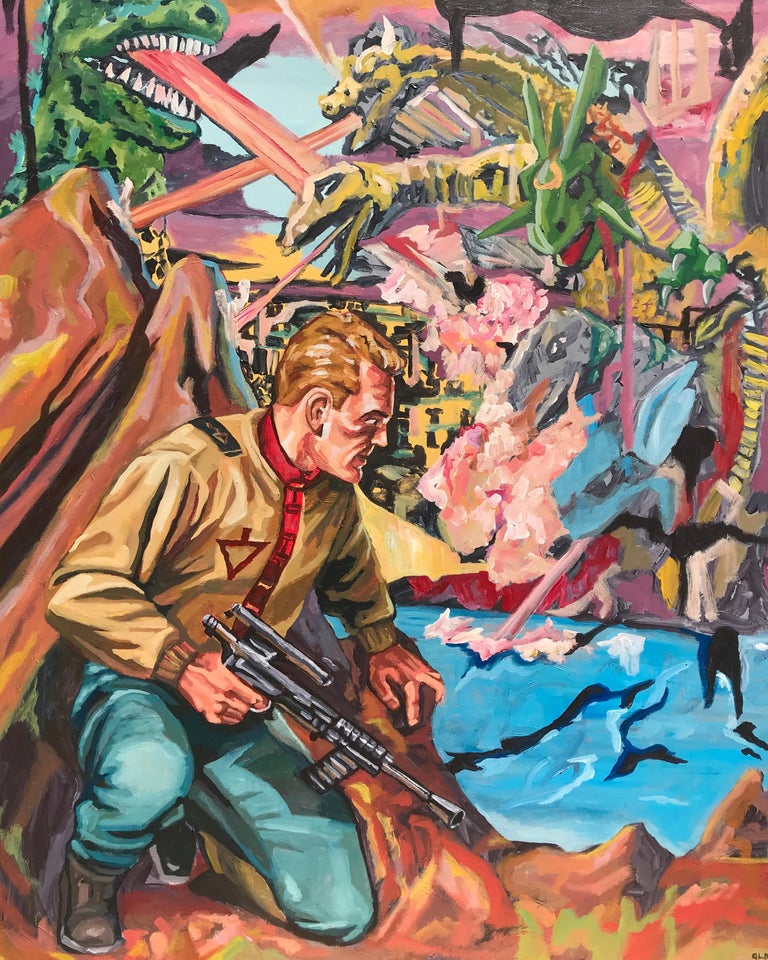 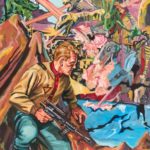 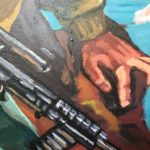 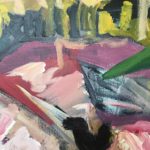 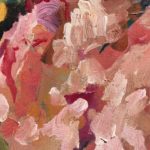 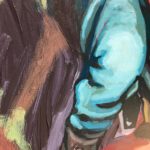 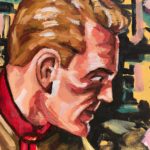 A large painting in the series “Ashbury Blues” by important emerging artist Gunner Dongieux (New Orleans, San Francisco). It brings together imagery from pulp fiction magazines, Kaiju film posters, and computer generated abstractions made with artificial intelligence. The series presents an artistic interpretation of contemporary San Francisco, with an emphasis on the Bay Area tech/art divide.

The computer generated abstractions, painted into the composition by the artist, were made using a Generative Adversarial Network (GAN). A GAN is a form of Artificial Intelligence that discriminates between “real” and “fake” images. By training off of a dataset of “real” paintings, then feeding itself images made of random pixels, the GAN is able to essentially “paint” never before seen works of art.

In 2018 the first work of GAN art was sold at a Christie’s auction. Despite its pre-auction estimate of $10,000, it sold for nearly half a million dollars, sending shockwaves throughout the art world.

Dongieux’ artwork has been exhibited at Sutton Galleries, 5 Press Gallery, and The Contemporary Art Center of New Orleans, in addition to numerous privately-hosted shows in New Orleans and San Francisco. He won Best in Show at the 2017 CAC exhibition ‘Revoir: To See Again’ with his collage painting “No More Parties in LA.”