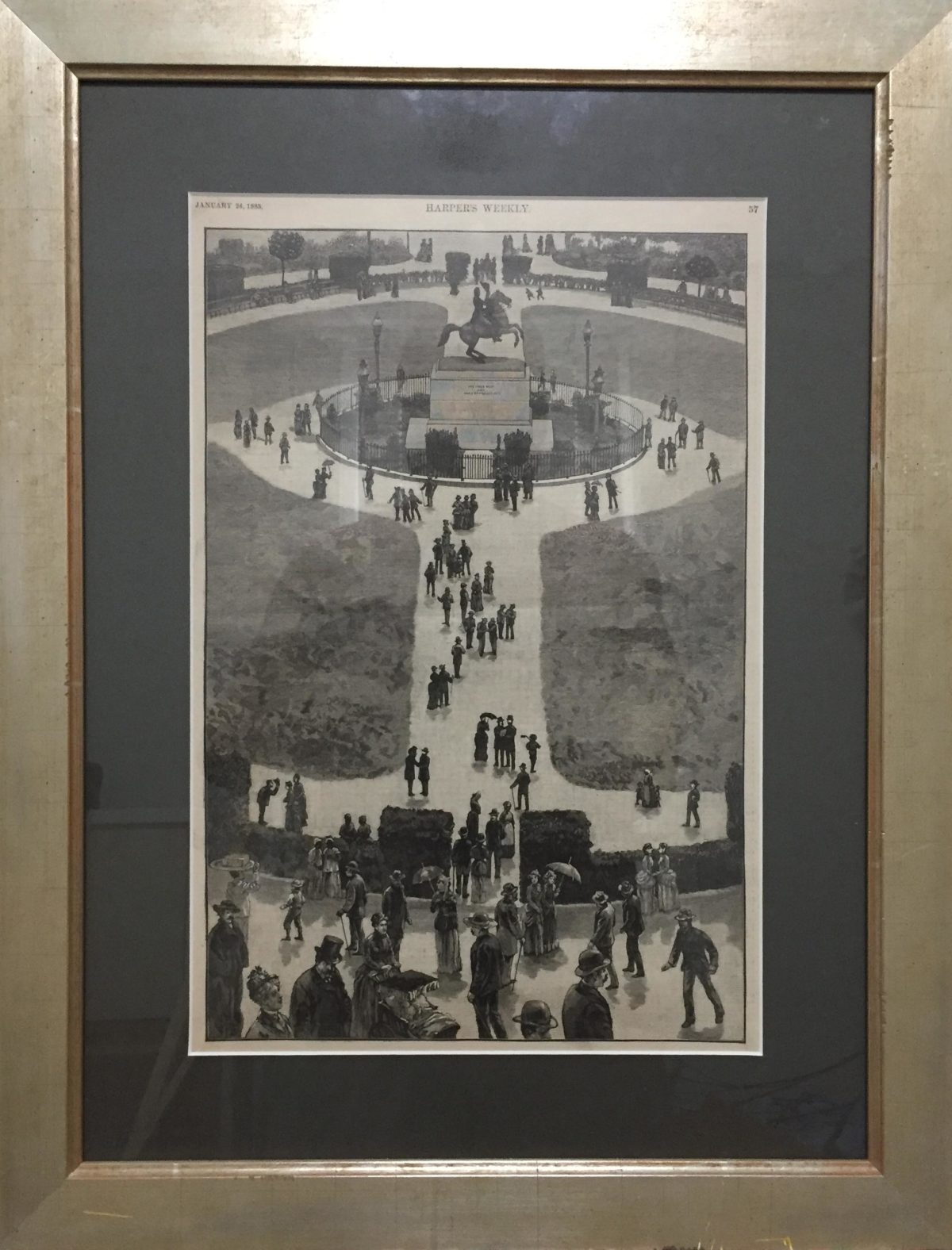 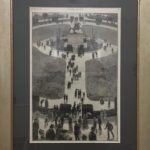 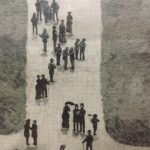 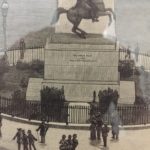 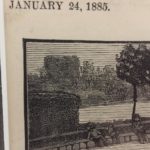 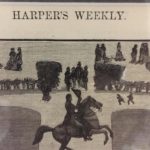 A splendid view of Jackson Square almost 150 years ago, as it appeared in Harper’s Magazine. Nicely framed and ready to hang. The statue is still there, but who knows how much longer, considering what’s going on these days!

Here is a Wikipedia article that tells all about this historic square, inch for inch the most significant place in New Orleans! Today, you find lots of New Orleans artists painting around its perimeter.

This square, originally known in the 18th century as “Place d’Armes,” and later renamed in honor of the Battle of New Orleans hero Andrew Jackson, is a timeless attraction in the heart of the French Quarter of New Orleans.

This famous landmark facing the Mississippi River is surrounded by historic buildings, including the St. Louis Cathedral, the Presbytere and Cabildo (Louisiana State Museums), not to mention the Lower and Upper Pontalba Apartments, the oldest apartment buildings in the United States. The Pontalba Apartments offer retail shops, museums, galleries and restaurants on the ground level; their second and third floors still house a selection of prestigious apartments.

For well over a half-century, there has been an open-air artist colony around the square. Local artists paint, draw, create portraits, caricatures, and display their work on the square’s iron fence. Some have been there for generations! Learn More

The square is a favorite site for visitors and locals. The artists, restaurants, museums, merchants and the square itself make Jackson Square one of the French Quarter’s most popular destinations.