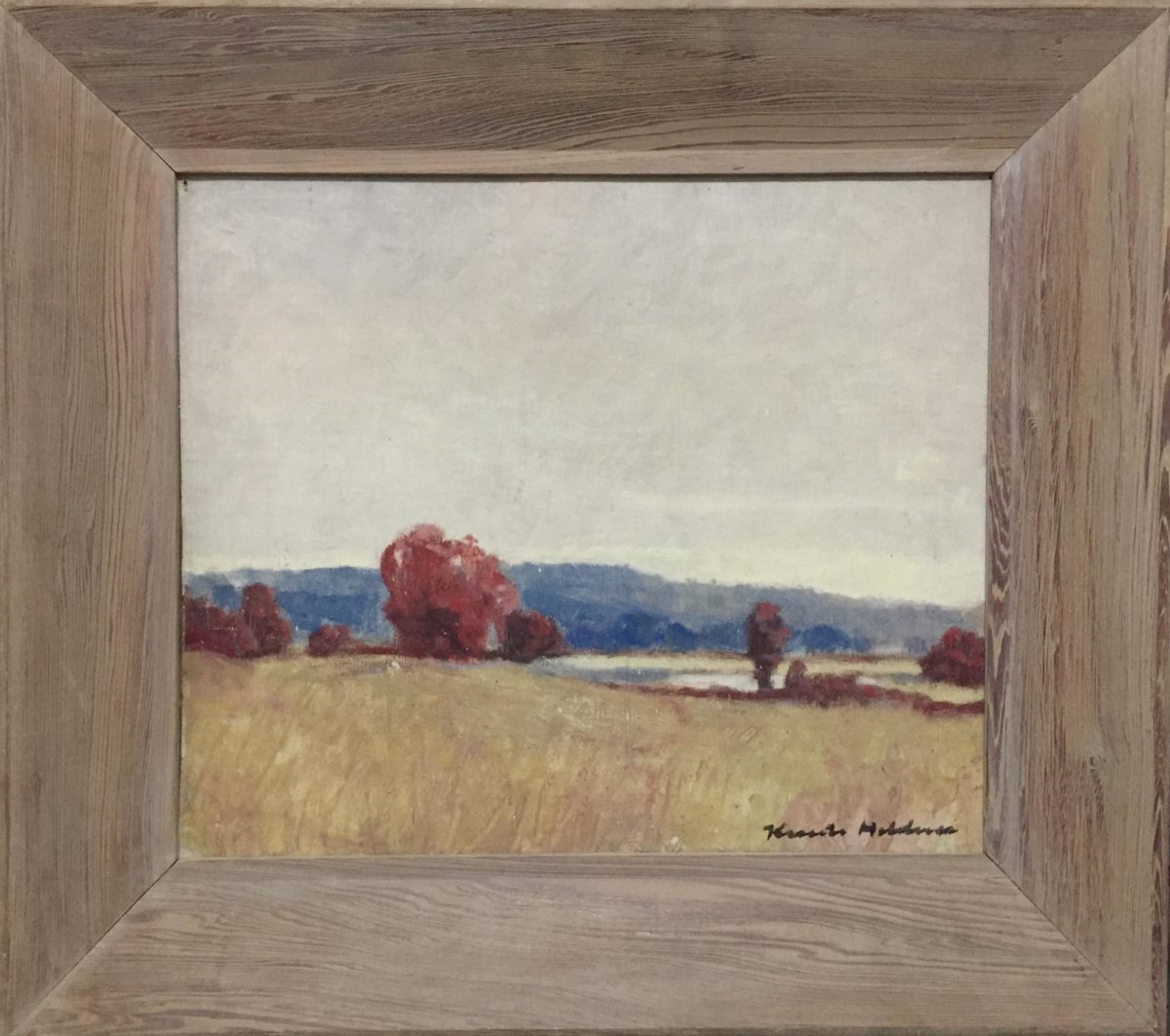 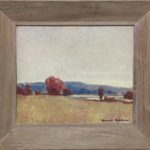 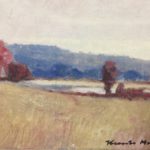 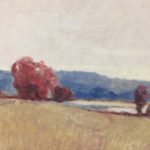 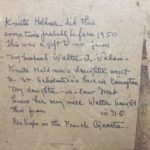 Knut Heldner was one of New Orleans’ most famous artists, who was married to another New Orleans artist, Colette Pope Heldner. A history of the painting is written on the back, as you can see in the photo! Heldner painted a lot of New Orleans and swamp paintings, but he originally lived in Minnesota and painted my other scenes as well – including this subtle landscape.

Originally from Sweden, Knut Heldner moved to Minnesota, then later to New Orleans, where he spent most of his painting career. He is one of New Orleans’ most famous painters.

Heldner was educated at the Royal Academy of Sweden. He moved to America just after the turn of the 20thcentury, at first taking an array of various jobs as a tradesman – miner, cook and shoemaker among them. At the same time, he was continuing his training at the Minneapolis School of Fine Art.

Heldner’s early work was, naturally, based on the area in which he lived – Minnesota landscapes, lumber camps where he worked, and so on. But having visited New Orleans, he also began to paint scenes of the French Quarter and the swamps outside the city. He began to move back and forth between Minnesota and New Orleans, joining the Southern States Art Union, which was doing much to promote the post-war resurgence of the arts in the south. Heldner began to exhibit his paintings publicly and gain both attention and awards in the 1930s. His work is now in prominent collections including that of the White House, the Smithsonian and others.

Here is the Wikipedia entry for Knut Heldner.