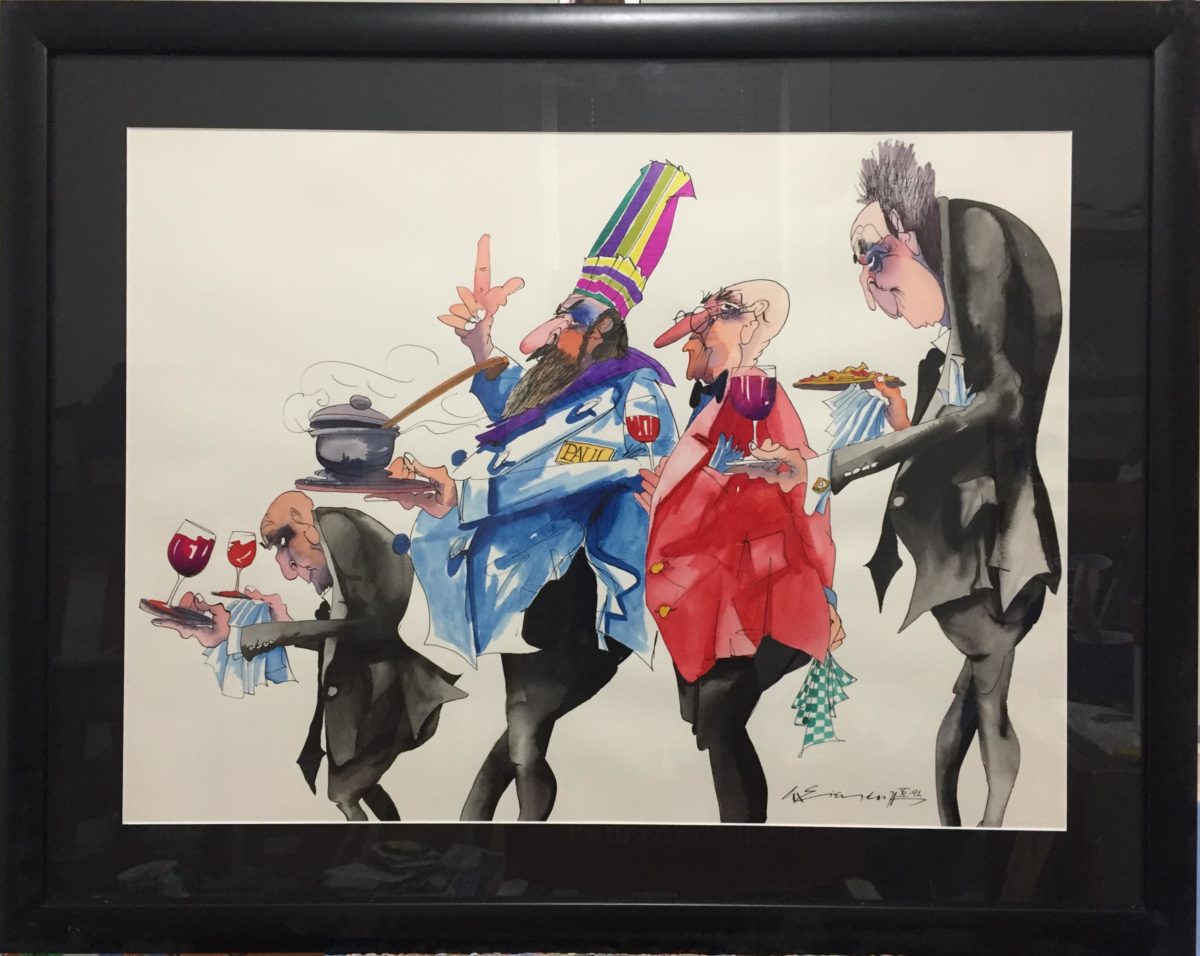 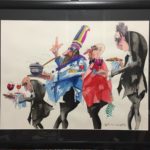 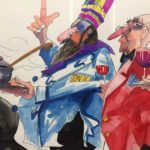 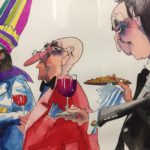 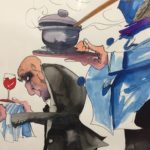 Here’s a significantly smaller Leo Meiersdorff being sold on eBay for $3,400; a silly asking price, but still . . .

If you’re a New Orleanian you have seen many pictures in this style, but this is the artist who originated it, and he is still incomparable though copied widely. The great majority of what you see out there is prints, but this is an ORIGINAL. Meiersdorff made a lot of art about jazz, but here, he celebrates the other most important aspect of life in the Crescent City: FOOD. Is this Chef Paul Prudhomme? I remember him later, with a shorter and more grizzled beard. It’s a humorous, wonderfully painted conversation piece about one of the many glories of New Orleans — the food — and I wouldn’t be surprised if this one sells to one of the many who, while not living here, come here as often as possible mostly to eat!

Here is a link to a site all about the artist.