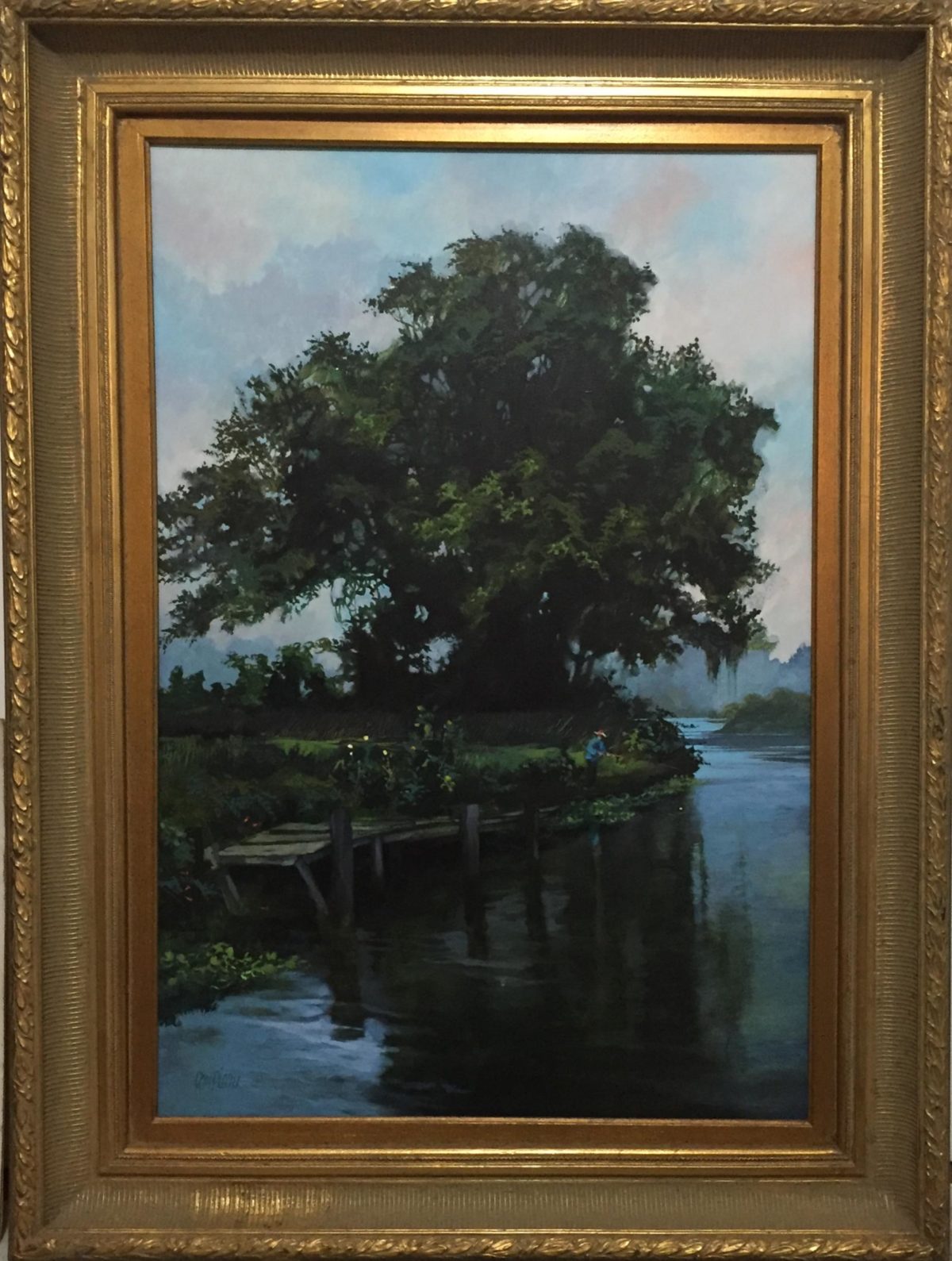 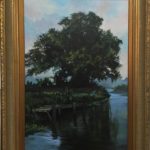 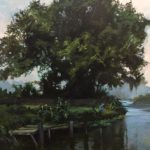 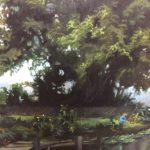 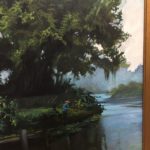 A Louisiana bayou painting depicting someone fishing at the water’s edge – a really beautiful work.

Here’s a link to a good article in USA Today about Louisiana bayous.

And here is an excerpt from the Wikipedia article on the subject:

“In usage in the United States, a bayou (/ˈbaɪ.uː, ˈbaɪ.oʊ/)[1] is a body of water typically found in a flat, low-lying area, and can be either an extremely slow-moving stream or river (often with a poorly defined shoreline), or a marshy lake or wetland. The term bayou can also refer to a creek whose current reverses daily due to tides and which contains brackish water highly conducive to fish life and plankton. Bayous are commonly found in the Gulf Coast region of the southern United States, notably the Mississippi River Delta, with the states of Louisiana and Texas being famous for them. A bayou is frequently an anabranch or minor braid of a braided channel that is moving much more slowly than the mainstem, often becoming boggy and stagnant. Though fauna varies by region, many bayous are home to crawfish, certain species of shrimp, other shellfish, catfish, frogs, toads, American alligators, American crocodiles, herons, turtles, spoonbills, snakes, leeches, and many other species.”