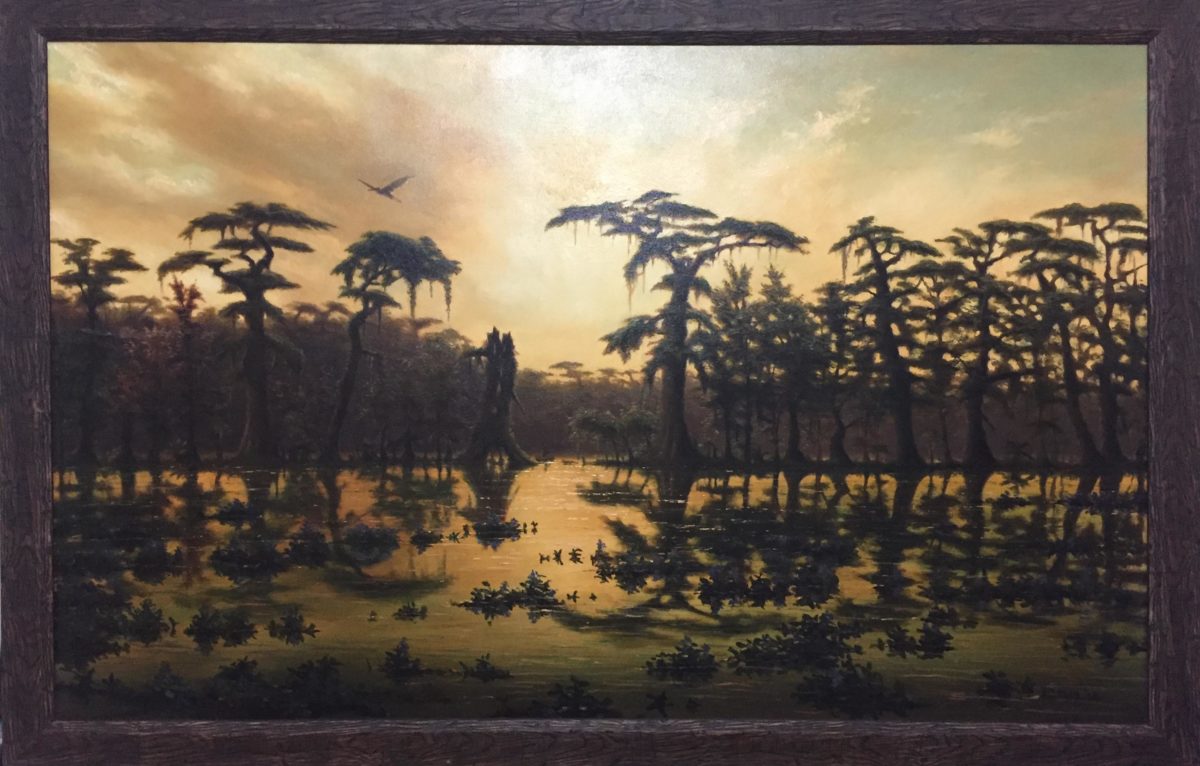 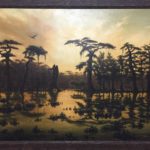 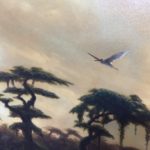 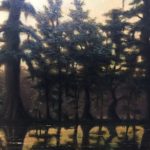 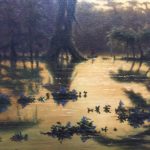 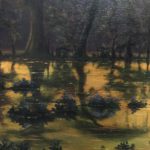 All I have ever seen of this Amite, Louisiana painter’s depictions of Louisiana swamplands is in the form of prints and reproductions. So I actually had to call him to learn how to price this painting (he said around $4,000 would be right; I priced it at $3,000). He turned out to be a great guy, and we talked awhile. He confirmed that the originals are few and far between. At any rate, if you’ve spend time in the Louisiana swamplands, and were lucky enough to catch a sunset there, you know this is pretty much exactly what it looks and feels like; if it looks almost garish, just know that’s what it’s like in real life as well!

Here is a link to a website that sells prints of his work, but you will notice they have no originals!

And, here’s more about the swamplands, from an article in USA Today:

Nutria, large rodents imported to Louisiana in the 19th century for their fur, also have played a significant role in the destruction of Louisiana’s bayous. When the nutria fur trade died, fur farms released nutria into the wild. Since nutria reproduce prolifically and eat massive amounts of vegetation, including leaves, stems and root systems, their population has devoured large marshlands.
Louisiana Swampland Flora and Fauna

People of the Louisiana Swamplands