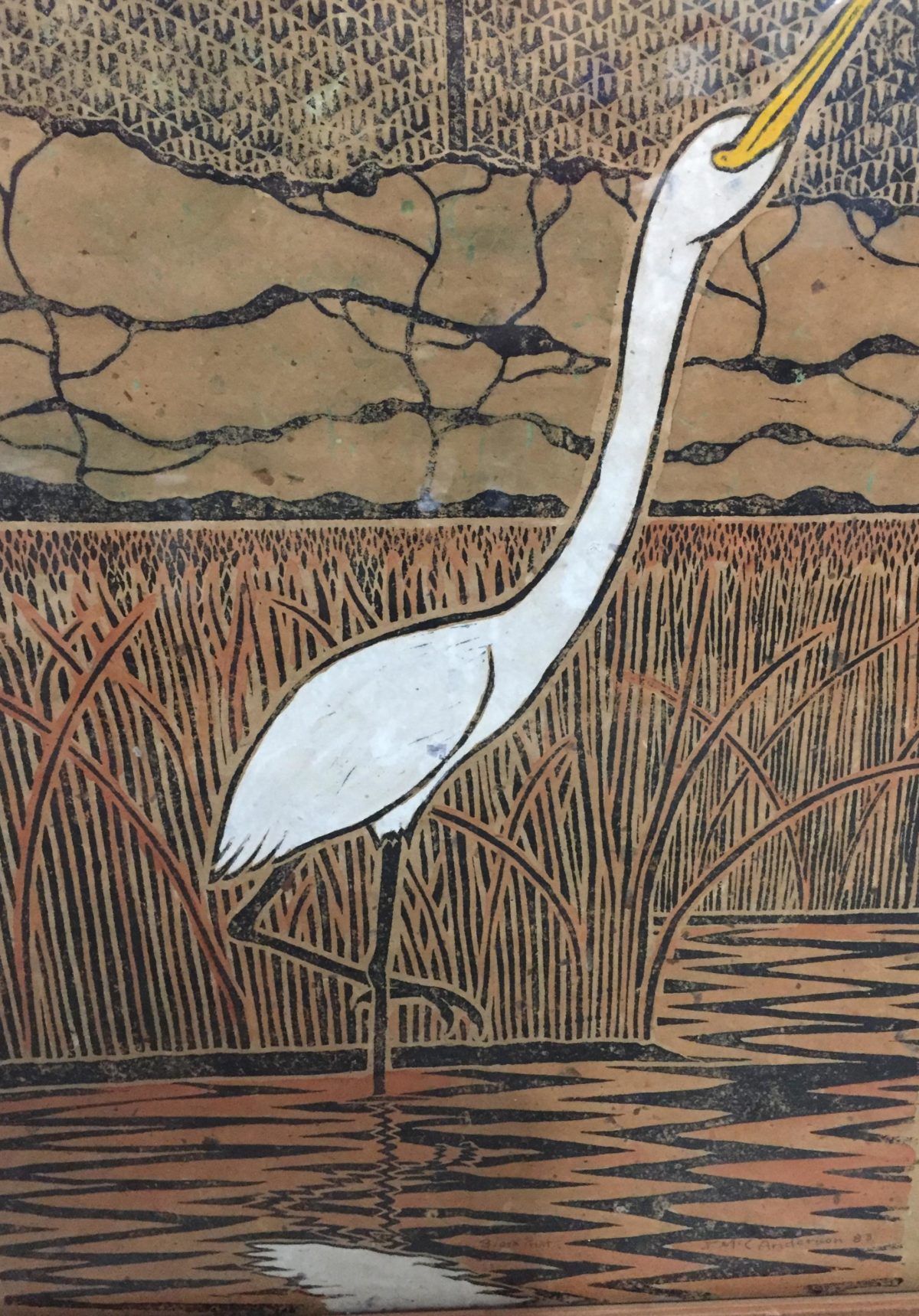 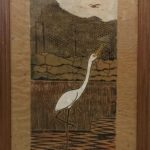 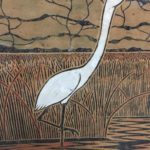 James McConnell “Mac” Anderson, Walter Anderson’s youngest brother, was a painter, muralist, pottery designer and decorator who collaborated with his brothers in running the famous Shearwater Pottery studio in Mississippi. They produced decorative objects of all sorts in addition to pottery (see examples here in the gallery). In the 1940’s Anderson turned his attention to paintings, block prints and fabric designs, mostly based on local subjects such as wildlife, hunters, fishermen and oystermen.

This is from the Jean Bragg Gallery:

The third son born to Annette McConnell and George Walter Anderson was James McConnell, New Orleans, known as Mac, on August 9, 1907. In the English tradition of his father, Mac was sent to military boarding school in Chattanooga, TN, and he later attended Tulane University Architectural School from 1926- 1928.

In 1928 Mac’s brother Peter opened the Shearwater Pottery Factory in Ocean Springs, MS, and in 1929 Mac and his brother Walter built an annex next to Peter’s factory. In 1930 Mac and Walter began working at the Annex, where Mac made molds, fired the products and oversaw production of Shearwater.

In addition to the creation of pottery, Mac produced wood sculpture, woodcarvings, paintings, watercolors, oil paintings on Masonite and wood cut designs for fabrics and paper.

Mac painted and decorated pottery prolifically until his death in 1998.

Here is the Wikipedia entry for the artist: https://en.wikipedia.org/wiki/James_McConnell_Anderson