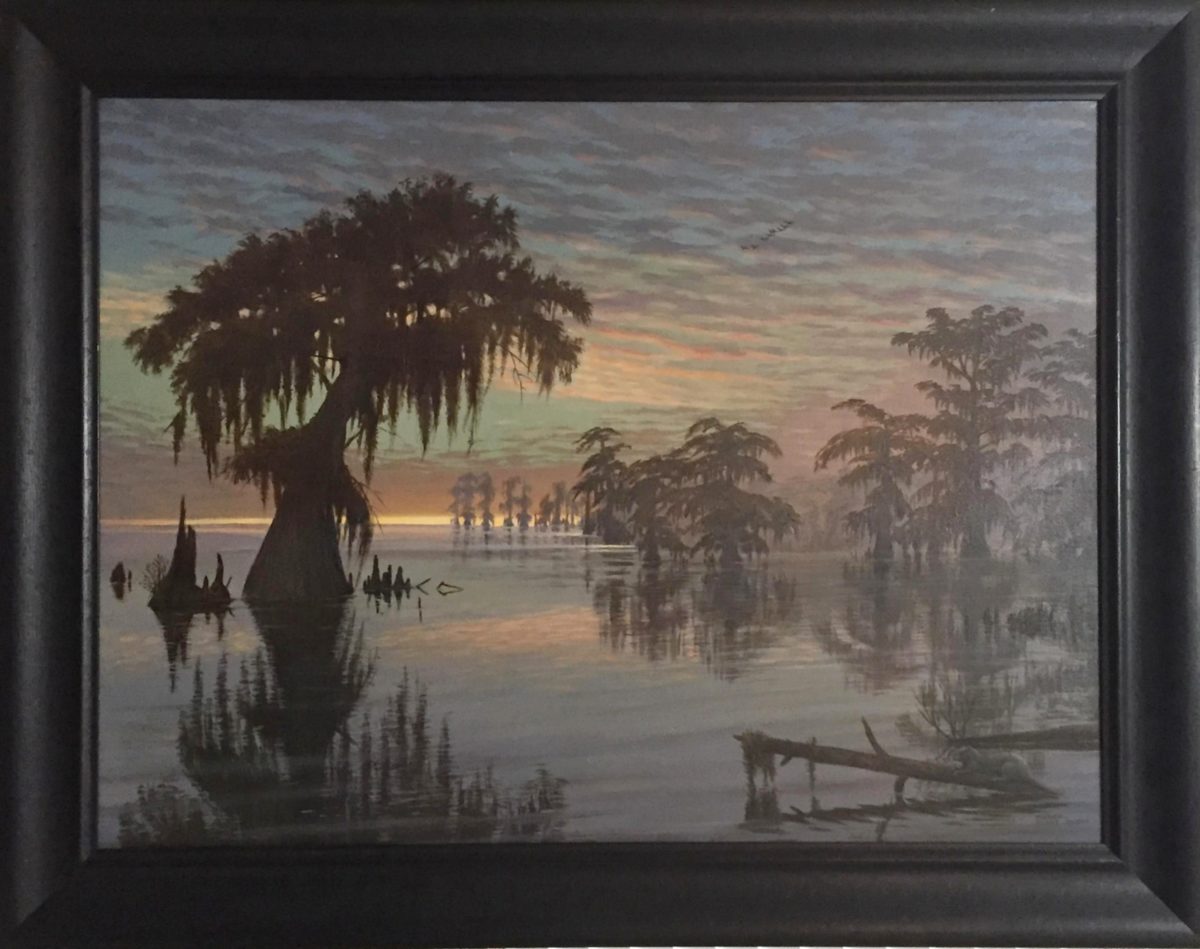 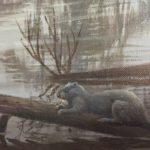 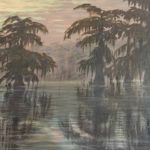 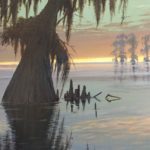 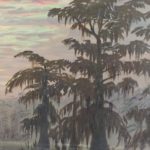 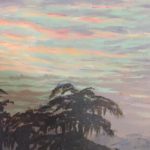 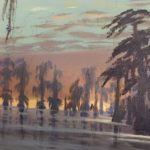 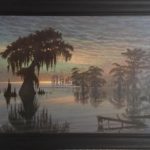 A gorgeous sunset in the swamp by St. Francisville native Murrell Butler. You do not see his original paintings around often, only the prints.

Here is a really good article about the artist.

And here is a bio from his own website.

For those of you unfamiliar with Louisiana bayou country, here’s some information from a USA Today article:

Nutria, large rodents imported to Louisiana in the 19th century for their fur, also have played a significant role in the destruction of Louisiana’s bayous. When the nutria fur trade died, fur farms released nutria into the wild. Since nutria reproduce prolifically and eat massive amounts of vegetation, including leaves, stems and root systems, their population has devoured large marshlands.
Bayou Flora and Fauna