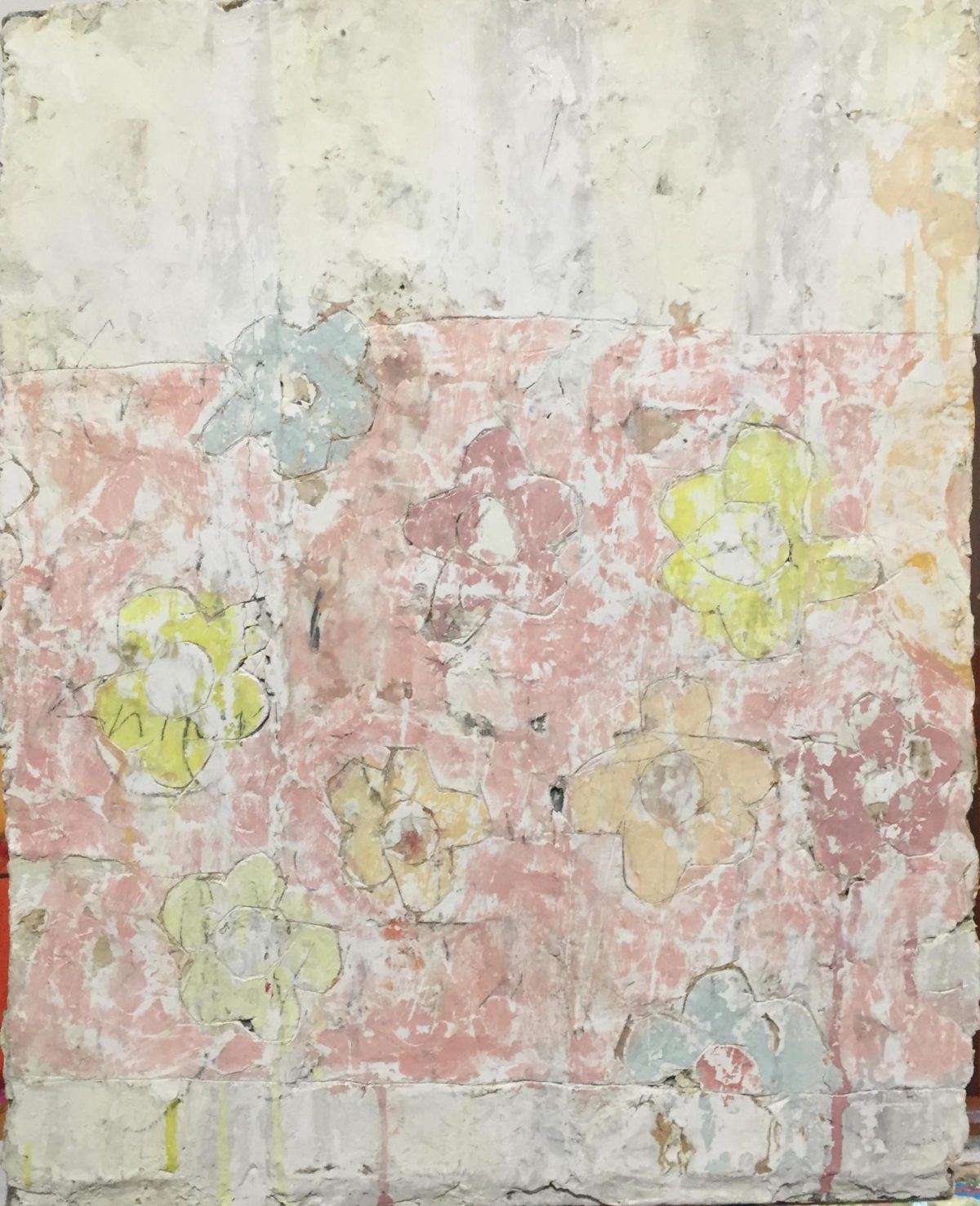 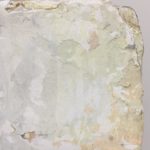 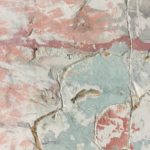 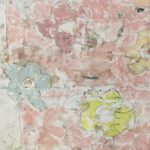 Nicole Charbonnet is one of New Orleans’ foremost contemporary artists, who shows at Arthur Rogers on Julia Street and in New York. Though it has evolved over the years, a common theme in Nicole’s work is this aged look of an old wall or palimsest, with faded images in layers making subtle appearances.

Here is the artist’s statement and bio from her website:

“My paintings are very textural and built up over long periods of
time. The superimposition of textures, images, words, loose, watery
washes of paint and veils of translucent fabric or paper, creates a
visual threshold in my work which is something to look at as well as
to look through.

These surfaces retain or reveal a “memory “ of
preexisting stages or structures. The result is a palimpsest, in
which some images, colors, textures are obfuscated, while others
remain visible, however shaped or shaded by previous or subsequent
gestures, images or events.

In my most recent series of paintings I am using this process to explore images from popular culture. More specifically, for some pieces, I have begun to use images from Westerns and Film Noir as inspiration for my paintings. I am mainly using stereotypical images of America, a cowboy, gangster or desert
highway, as a way of exploring our past and present perceptions of
ourselves and others, which comprise and form our identity as members
of a society, or citizens of a country that once again seems to be in
transition and in the process of redefining its values, agenda and
role in relationships.

Painting for me serves as a metaphor for the phenomenon of
recollection. My process of painting mimics or simulates the process
of remembering with all its layers and numerous textures. Hopefully,
introducing into this process images that come out of our cultural
memory will result in paintings that will not only serve to illuminate
the past but will also encourage interpretations which function as
starting points themselves.

As Adam Phillips says ‘Remembering…is a process of redescription; the echo can be different each time. The past is in the remaking.” I believe, with Bersani, that our language, whether visual or verbal “doesn’t merely describe identity, but actually produces moral and perhaps even physical identity…(and) is
precisely the very possibility of change, the space that can serve as
a springboard for thought, the precursory movement of a transformation
of social an cultural structures.’ “