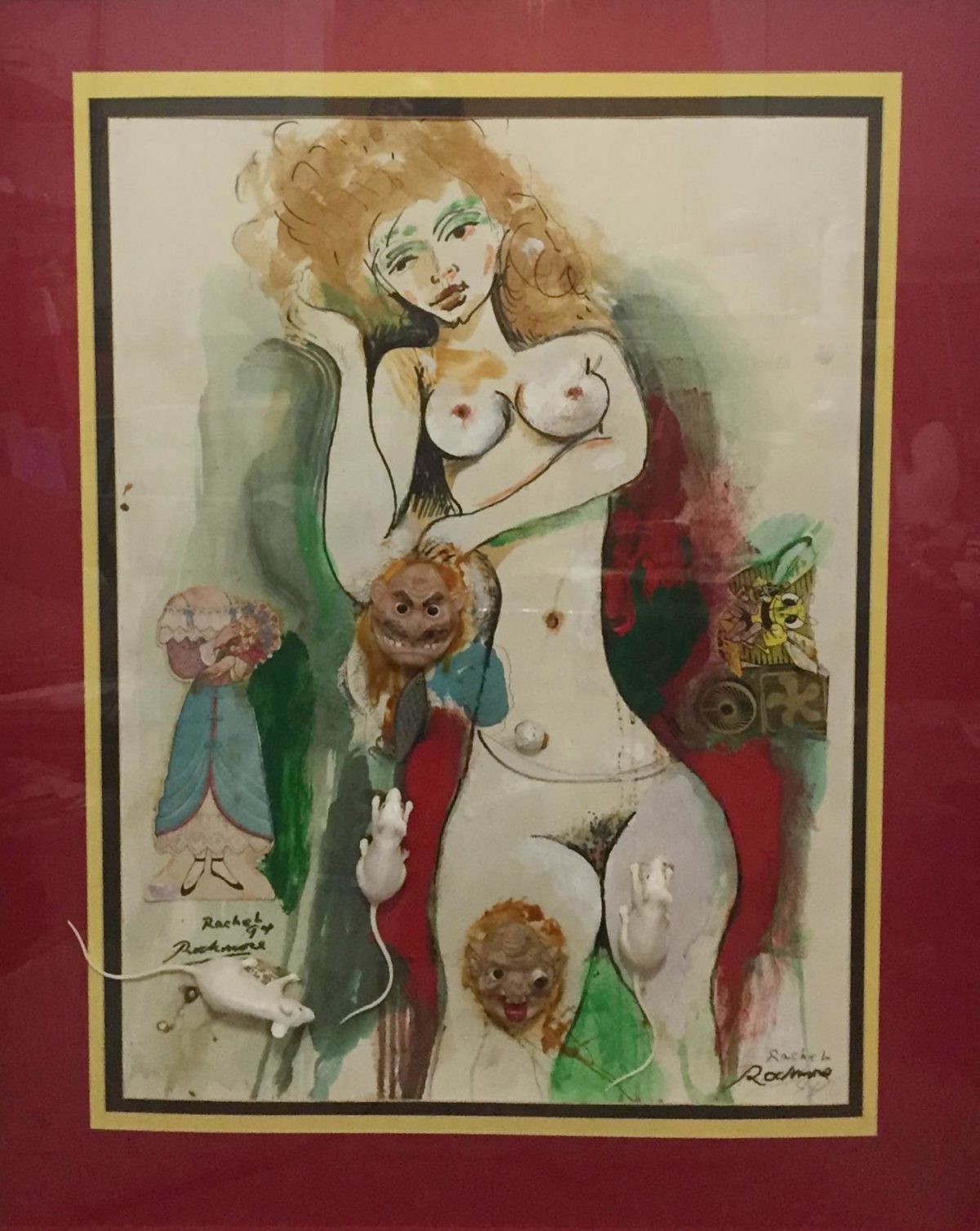 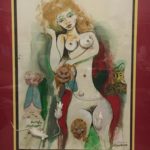 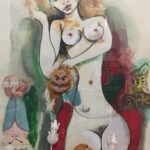 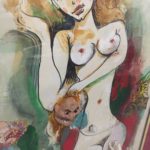 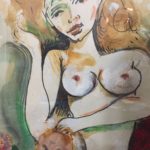 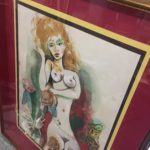 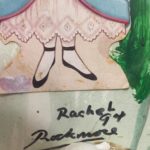 A very important and yet still underrated New Orleans artist. Suffice it to say that early in his career he was given shows at both the Met and the Whitney in New York. He was a “character” in the largest sense, and sometimes his whimsy is completely over the top, as in this hilarious portrait of “Rachel” complete with rubber rats and Gremlin masks! I would not have acquired this work without knowing how fantastical and humorous New Orleanians can be, and this will be EXACTLY the right piece for someone, guaranteed to be a conversation starter.

This piece is very expensively float-framed and ready to hang.

Information about the artist

Biography from the Archives of askART

Known for his Preservation Hall series of portraits and other scenes of New Orleans, Noel Rockmore was the son of New York artists, Floyd Davis and Gladys Rockmore Davis. Noel began studying painting when he was nine years old and was a child prodigy as a musician and artist. In 1947 he enrolled in the Art Students League, New York.

Rockmore reached what for most artists would have been a career pinnacle when he was given a show at the Metropolitan Museum of Art in New York in 1952 at the young age of 24. A few years later, his paintings were shown at the Whitney Museum (1958), the Pennsylvania Academy in Philadelphia and the Cleveland Institute of Art.

On to New Orleans

He made his first visit to New Orleans in 1960 and set up a studio there in the house of artist Paul Ninas; soon he was spending his winters in the New Orleans. He soon moved from his native New York to the French Quarter. His first studio was in the Bowery, where he painted the outcasts he saw on the street. Other subjects that fascinated him were the behind the scenes life of the circus and the amusement park at Coney Island.

By 1962, he was into his Preservation Hall project. He began in a systematic way to paint the old jazz musicians playing at Preservation Hall in the French Quarter. During performances he made quick preliminary studies in polymer; his subsequent large oils were each painted during a single sitting in his studio.

Here is the Wikipedia entry for Rockmore.