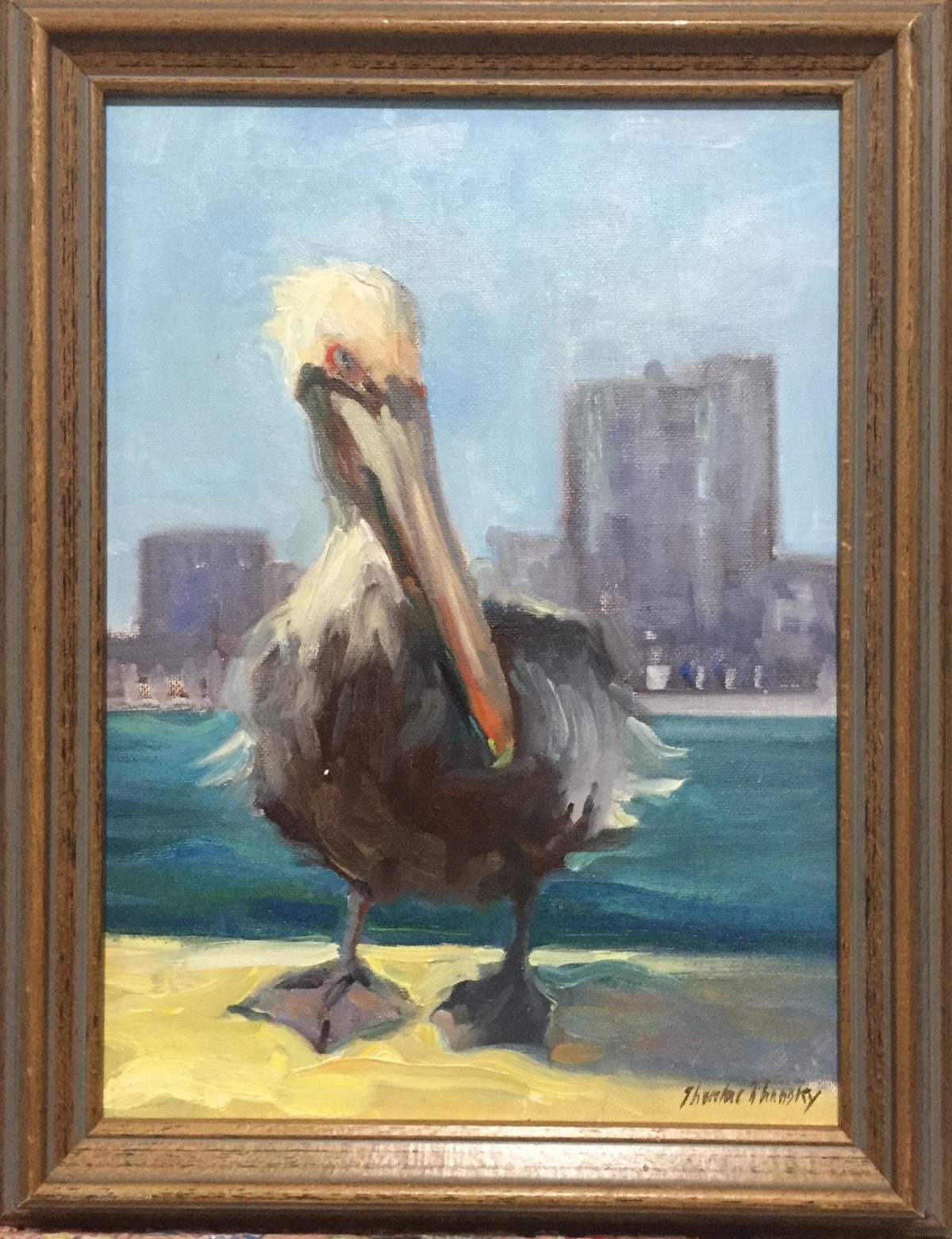 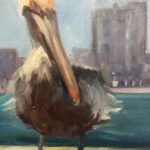 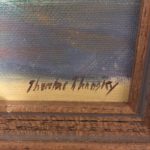 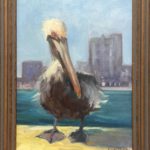 I can’t make out the name of the painter of this pelican painting, but the inscription on the back names this personable example of the Louisiana State Bird  “Ebenezer.” This guy (or gal) has character! Framed and ready to hang.

You can read a bit about the Louisiana state bird here,  and here

And this is Wikipedia’s entry.

These wonderful birds were once in great danger; the following is from ABCbirds.org:

“A wonderful bird is the pelican; his bill can hold more than his belly can,” goes the limerick by Dixon Lanier Merritt. And it’s true: A pelican’s pouch can hold up to three times more than its stomach.

Driven almost to extinction twice—first by hunting and later by pesticides including DDT—the Brown Pelican is today a shining example of the success of the Endangered Species Act (ESA) and the work of the Environmental Protection Agency. But these cornerstones of conservation are now themselves at risk.

By 1970, the species was declared Endangered. Fortunately, in 1972, the Environmental Protection Agency banned the use of DDT in the United States. As a result, the level of DDT in the environment has decreased in most areas, and the reproductive success of Brown Pelicans has increased. Protection of nesting islands has also contributed to the species’ recovery.

Today, the Brown Pelican’s population continues to grow. It was de-listed from the ESA in 2009 and is considered one of the Act’s great success stories, as is the Bald Eagle. The persistence of Whooping Cranes and California Condors can also be attributed largely to protections provided by the ESA.