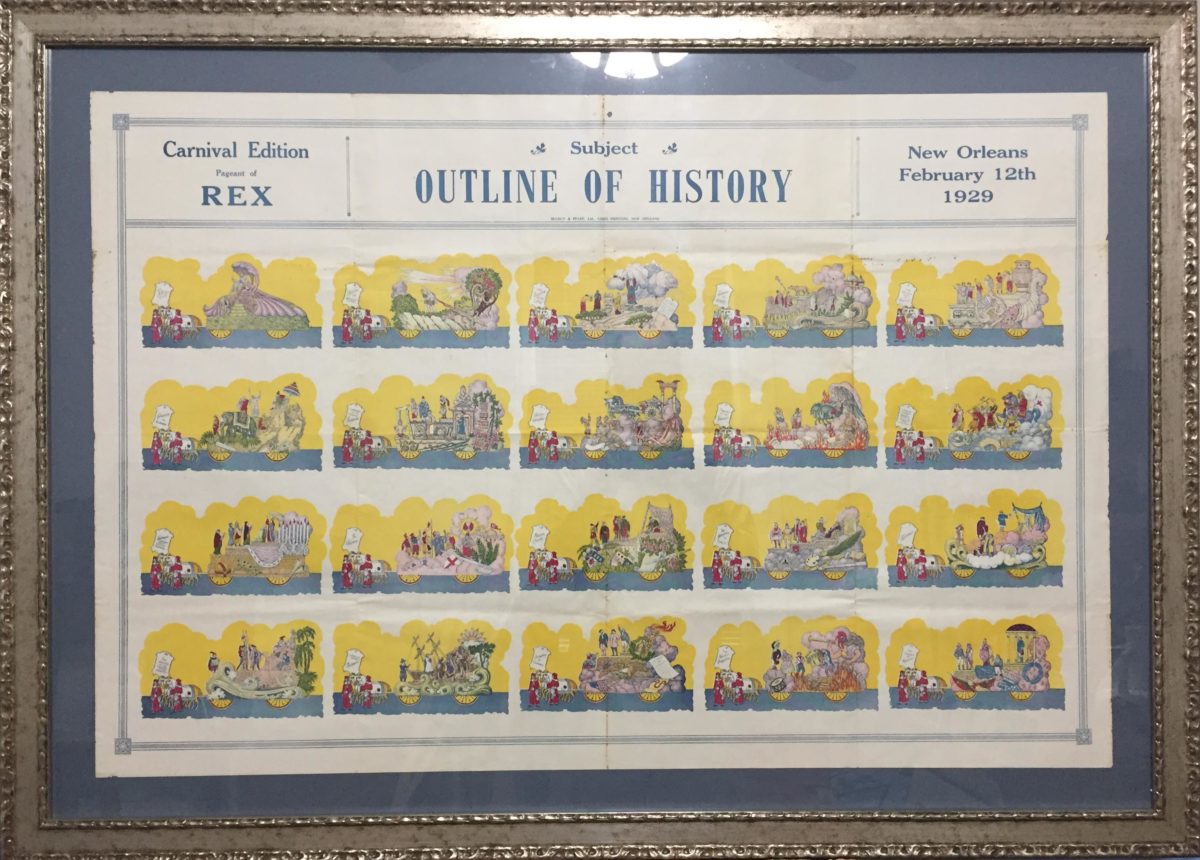 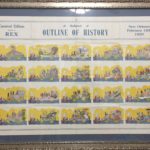 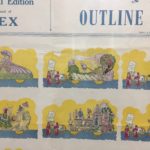 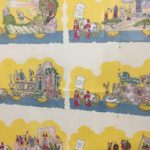 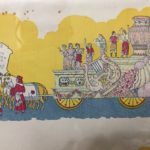 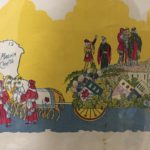 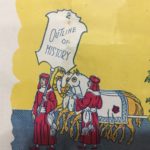 The penultimate New Orleans collectible – a lavishly illustrated bulletin depicting all the floats in the Rex  parade of 1928 (printed that year), in great condition and beautifully framed, ready to hang.

A particularly interesting theme that year: “The Outline of History,” showing the typically stunning floats built by hand without plastic or styrofoam, back in the day. If you have seen these on the walls of New Orleanians, you know how much atmosphere they bring to any room.

Rex parades when other stop

A celebrated court case in 1991 required the four major, original Mardi Gras krewes (Momus, Comus, Proteus and Rex) to either integrate their organizations or lose the protection of police for their parades, which would effectively make it impossible to parade.

Three of the four organizations chose to discontinue their parades and give their designated nights up to other organizations rather than be forced to integrate. But Rex made the decision to comply with the ordinance, and is now the only one of the original krewes to still hold its parade, on Mardi Gras day itself.

Here’s a link to an article about Rex (which includes photos and more dates).