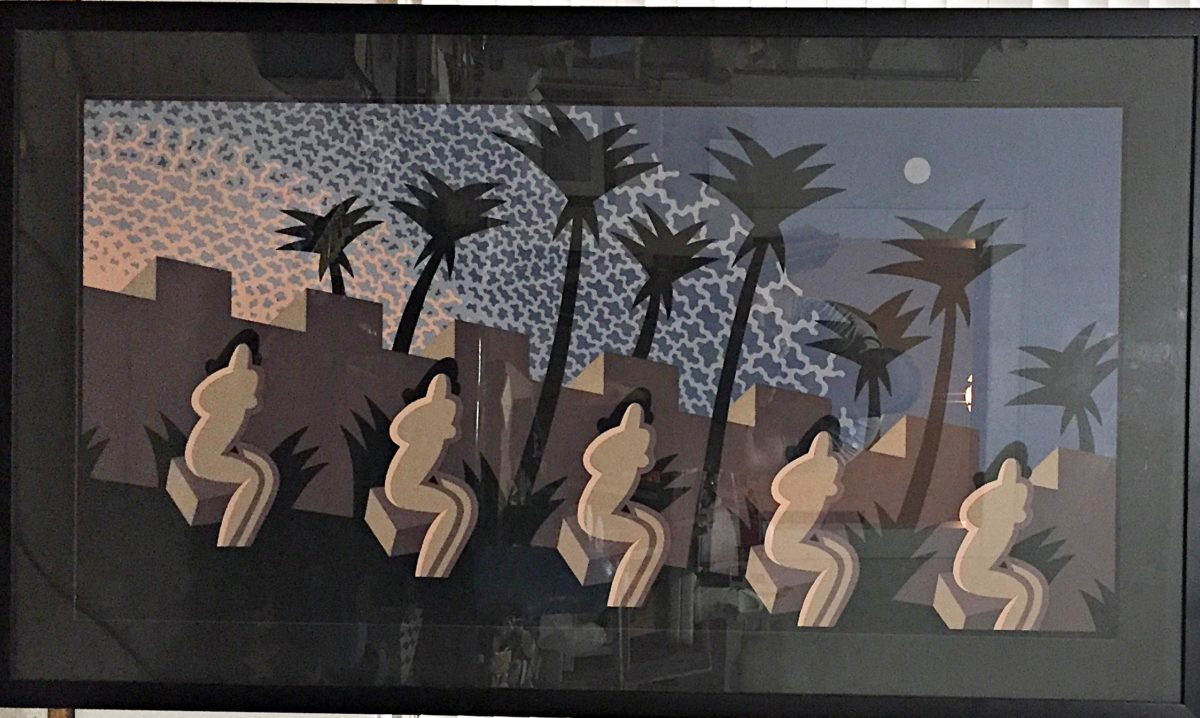 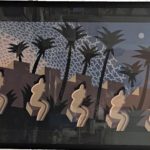 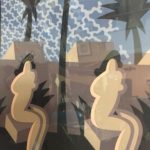 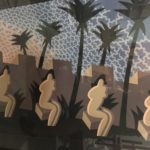 (Apologies for the mediocre photos – trouble with reflections off the glass.)

Number 24 in an edition of only 75. It depicts a patterned series of female nudes arrayed along a crenellated wall with palms before it, in the moonlight, with stylized clouds. Framed and ready to hang!

Balancing a clean, formal graphic approach with creativity, wit and verve, Robert Gordy created a style of painting that is instantly recognizable to anyone even vaguely familiar with his work. Sometimes placed in a category with Keith Haring, he created images that exploited patterns and simplicity of form. He had a wonderful sense of color as well.

Robert Gordy was unusual in his frequent use of markers, pens and ink to create his images – which are so clean that they look to a contemporary eye to be machine or computer-created. He was enraptured with print-making, and produced many limited-edition print series’. Robert Gordy’s works are in museums worldwide, including the Whitney, MoMA, the Smithsonian and other top-tier institutions.

This is a link to his obituary from the New York Times.