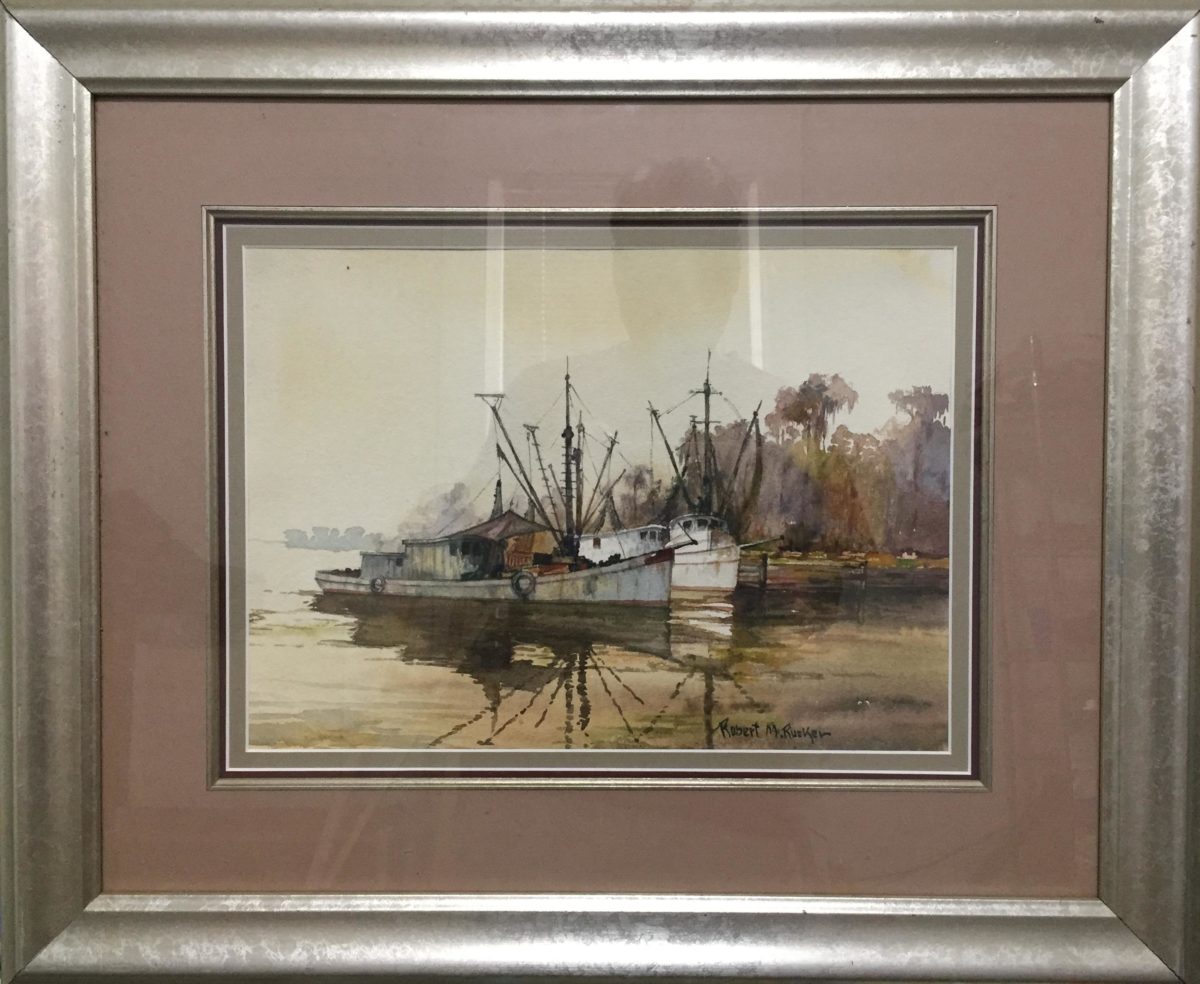 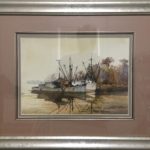 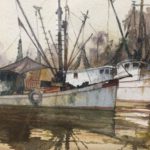 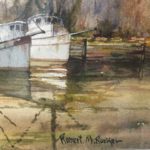 Framed and ready to hang (apologies for the reflections): an evocative painting of shrimp boats tucked in a bayou, between excursions.

A famous New Orleans artist, Robert Rucker was (appropriately) the son of a steamboat captain, born in the Crescent City in 1932. He was something of a prodigy, being only 16 when he opened an art gallery in the French Quarter, back in its more bohemian days. Could there be a more New Orleanian artist?

And here is the Wikipedia entry for Uncle Sam Plantation.