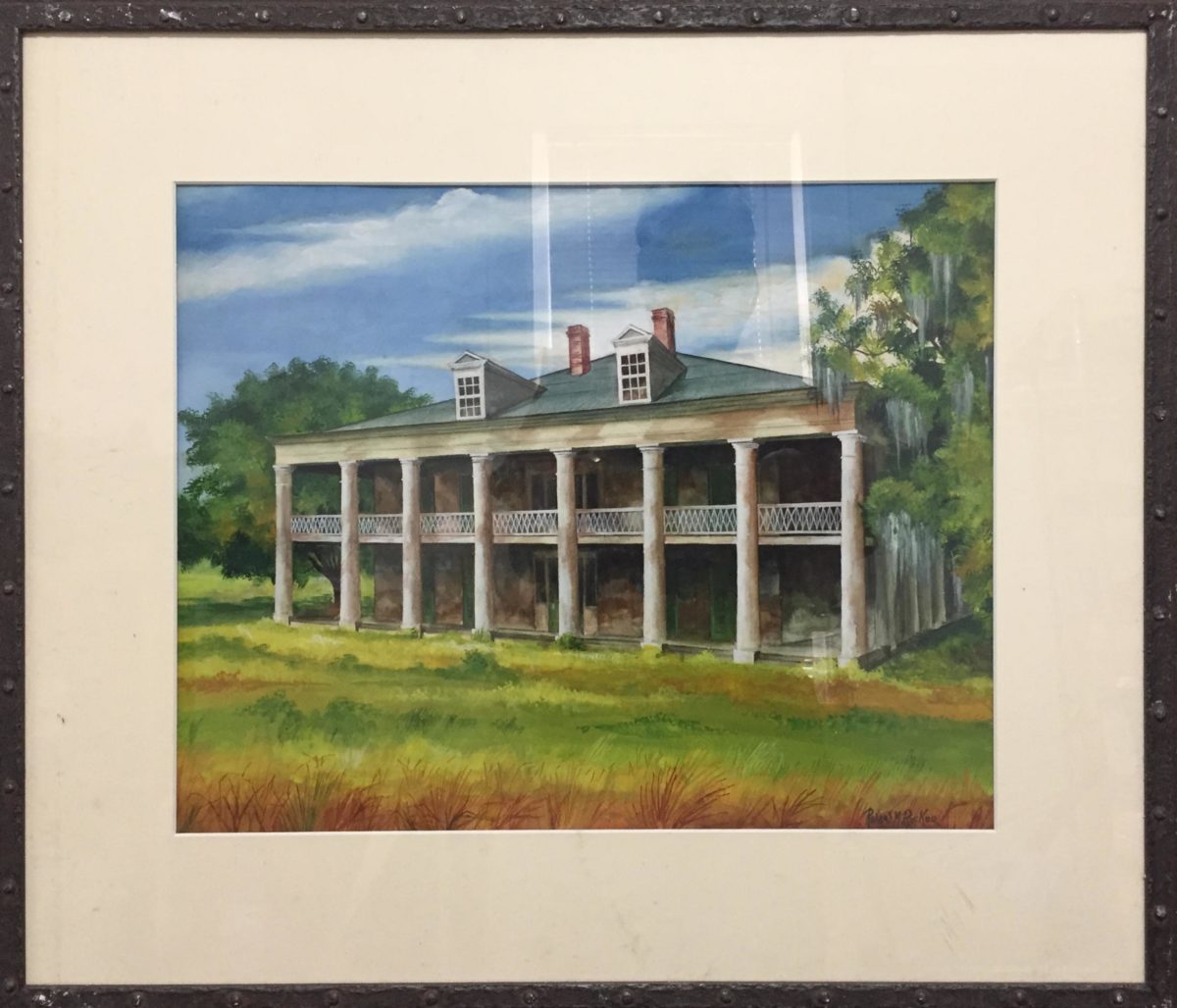 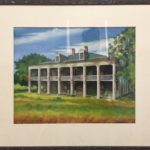 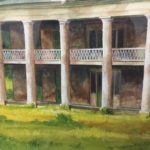 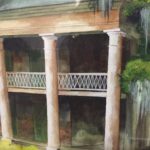 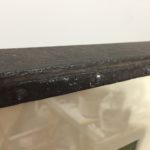 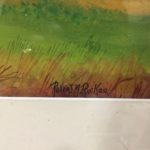 Framed in an extremely cool simulated antique iron frame and ready to hang, a Robert Rucker painting of the Uncle Sam plantation near Convent, La.

A famous New Orleans artist, Robert Rucker was (appropriately) the son of a steamboat captain, born in the Crescent City in 1932. He was something of a prodigy, being only 16 when he opened an art gallery in the French Quarter, back in its more bohemian days. Could there be a more New Orleanian artist, or a more appropriate collectible for a lover of the city than a Robert Rucker painting?

And here is the Wikipedia entry for Uncle Sam Plantation.

Robert Rucker paintings grace the walls of homes and museums all over Louisiana. I always try to keep a few in inventory.